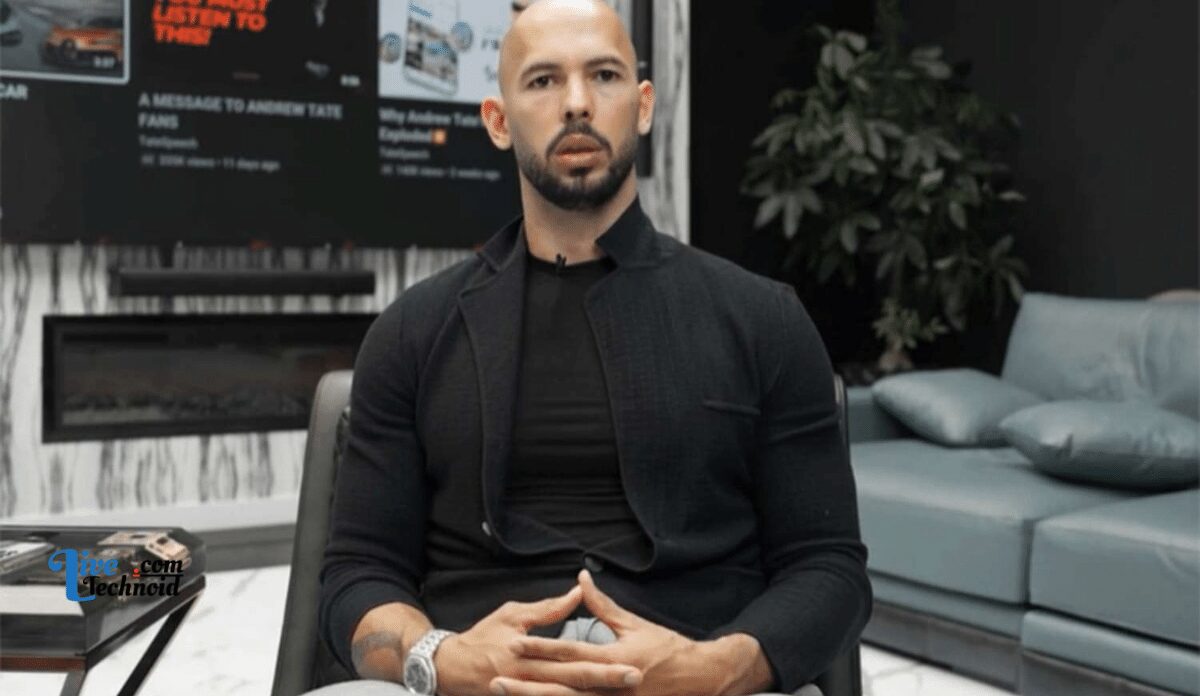 Andrew Tate is the British-American entrepreneur everyone is talking about on the internet. Here, we have discussed Andrew Tate’s Final Message.

Andrew Tate released a pre-recorded video clip titled “Final message” on Rumble on August 23, 2022. The video was released to address pending issues regarding suspending his accounts on some social media platforms.

In Andrew Tate’s Final Message video, which is one hour and thirteen minutes in length, we saw Tate sitting and addressing issues while being recorded by a camera.

To rise to the occasion, he made the video to address everything that transpired and his plans. The pre-recorded video was uploaded on freetopg.com and Rumble.

Also, some YouTube channels and TikTok accounts have different parts of the clip.

Below, you can find the video and summary of Andrew Tate’s Final Message.

At the beginning of the final message video, Andrew Tate made an introduction. He talked about he grew up before addressing how the media has painted false narratives about him.

“On the internet, people don’t like you. It doesn’t matter who you are and what you say”.

“What they are interested in is finding some lie that they can latch onto and accelerating that lie”.

He also talked about rumours and accusations about him flying across social media.

“I have a very healthy relationship with females, I have no criminal charges”.

Some minutes into the recording, he added a video of a lady confirmed to be his ex-girlfriend who defended him about the rumoured “misconduct”. Tate also stated that he is used to getting threats every day.

After a while, he talks about his philanthropy.

“I would like Instagram to confirm the final amount of likes on that picture so I can donate the 1.2, 1.3 million dollars that I promised I would donate”.

“I would even be happy for Instagram to select the two charities and verify my donation”.

Tate did not forget to tell us about his plans towards the end of the video.

“What’s next for Top G? I have built my dream life, I have everything I’ve ever wanted”.

“All that’s left for me to do is have a positive impact on the world”.

He closed the video with a saying from his late father:

“My unmatched perspicacity coupled with sheer indefatigability makes me a feared opponent in any realm of human endeavor”.

Who is Andrew Tate?

Andrew Tate is the British-American entrepreneur almost everyone is talking about on the internet.

More than being an entrepreneur and internet personality, Andrew Tate also had a career in kickboxing. He is one of the most popular personalities on the internet, with more than 5 billion views on TikTok alone.

Tate has a Bugatti and several other supercars. Many have heard him talk about having several businesses with multiple sources of income in his podcasts and interviews.

Recently, he became more popular due to his opinions on trending topics like money and women. He made a career in kickboxing, then retired, investing his time in making money on the internet.

Currently, he achieved multi-millionaire status and is one of the most popular internet personalities.

What Did Andrew Tate Do for A Living?

Andrew Tate is known for venturing into the businesses listed below.

Andrew revealed that he had invested in the casino. This was disclosed in one of his podcasts with Fresh & Fit.

He mentioned that he considered casinos when he was broke and desperate to make some money. Therefore, he decided to try his luck by frequently playing Casinos.

When he was working as a commentator on a cage-fighting show in Romania, RXF, he met with an owner of many small casinos in Europe who later became his sponsor.

Andrew and his sponsor were able to come up with a deal allowing him to venture into the casino franchise.

His game plan was to start a casino under the brand name of his wealthy sponsor with his own money. Eventually, the sponsor agreed, and business boomed.

To boost patronage, he started giving out free coffee, which he believed was overpriced in Starbucks. This eventually brought more customers, and the business continued to thrive.

However, Andrew would later pay the sponsor a share of their profit.

Andrew founded a school named Hustlers University, where he teaches people how they can make a living online. The community comprises himself and many War Room members.

Some subjects taught in the school include crypto analysis, stock analysis, options plays and De-Fi. You can also learn copywriting, e-commerce, business management and freelancing skills.

The community have many qualified professors who Andrew personally verifies. Their salaries range between 10k to 500k monthly.

Enrollment in the school comes with a monthly subscription fee of $49.99 per month. This fee is automatically renewed every month.

Unfortunately, we do not know how many members the community has. This figure remains undisclosed by Andrew.

Andrew also revealed in a different Fresh & Fit Podcast episode that he invested in the webcam business. When the webcam industry was new, he founded a company some years back.

He needed help and asked about five of his girlfriends, requesting that they work and live under the same roof as him. Interestingly two agreed and helped him grow the webcam business.

At a point, he could employ up to 75 women in four different locations. This business generated over $600,000 a month at this time.

However, Andrew is not as involved in the business as he used to be. Although, 20 to 30 per cent of his former girlfriends’ webcam income goes to him.

The War Room is a large community with members spread across 70 countries. Also, it has its base and influence in some of these countries.

The community houses a team of experts working to influence people worldwide. These consist of people who have achieved or fighting for their freedom.

Andrew claimed that the platform had changed people’s lives through the teachings about money.

Andrew Tate has a share of his brother’s company. His brother, Tristan Tate, has an OnlyFans management company.

Tristan also disclosed that he ventured into the adult industry for nine years. Presently, he has over 700k people following him on Instagram.

We have discussed Andrew Tate’s Final Message. Please, feel free to relate to the message passed across.